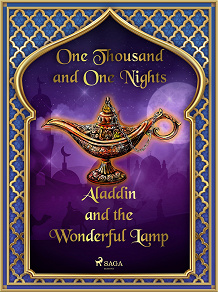 Aladdin and the Wonderful Lamp

by One Thousand and One Nights
Everyone knows the story of Aladdin and the genie of the lamp, thanks to the Disney film adaptations starring Robin Williams and Gilbert Gottfried in the 1992 animated feature, and Will Smith and Naomi Scott in Guy Ritchie’s 2019 live action version. Or do they? Though similar in some respects, the original Aladdin has no pet monkey or magic carpet, but a living mother, and not one but two genies at his command! Prepare to be surprised by a whole new Aladdin, in this, the twenty-eighth of the 34 tales in the classic 'Arabian Nights' collection, translated by Andrew Lang.