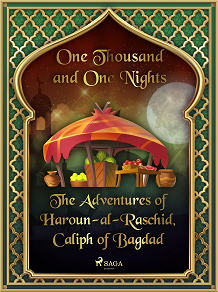 The Adventures of Haroun-al-Raschid, Caliph of Bagdad

by One Thousand and One Nights
Haroun-al-Raschid is the Commander of the Faithful, the Caliph of Bagdad – and nearly dying of boredom. Looking for amusement, Haroun and his vizir Giafar (a kinder figure than in Disney’s Aladdin films) disguise themselves as foreign merchants, and go out to explore the city. The people they find in its streets and squares baffle and intrigue the Caliph no less than they will the reader of this, the twenty-ninth of the 34 tales in the classic Arabian Nights collection, translated into English by Andrew Lang.