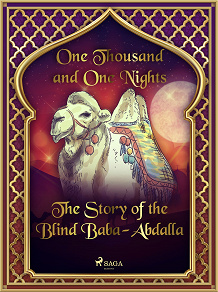 The Story of the Blind Baba-Abdalla

by One Thousand and One Nights
Baba-Abdalla has worked his whole life to increase the fortune he was born with, and now owns eighty camels. On one of his business trips, he comes across a poor dervish, who reveals the location of a fortune in buried treasure. The dervish is willing to share it with Baba-Abdalla in exchange for forty camels – a fair price, surely? But as the proverb says, "the more one has, the more one wants". See the true cost of greed in "The Story of the Blind Baba-Abdalla", the thirtieth of the 34 tales in the classic 'Arabian Nights' collection, translated by Andrew Lang.