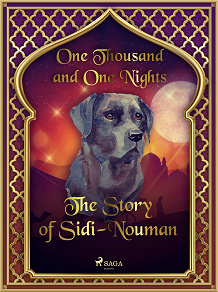 by One Thousand and One Nights
Sidi-Nouman is happy with his new wife, Amina, except for one thing: her strange way of eating just a few grains of rice at each meal. One night, hearing her slip out of the house, Sidi-Nouman follows her to a cemetery, and discovers the terrible secret behind his wife’s peculiar diet. When he confronts her, Sidi-Nouman becomes the victim of magic. Will he be able to break the spell and turn the tables on Amina? Find out in this story of monsters, magic, and transformation, the thirty-first of the 34 tales in the classic Arabian Nights collection, translated into English by Andrew Lang.