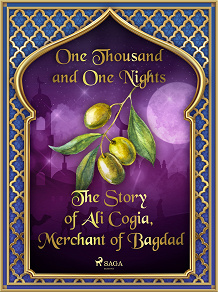 The Story of Ali Cogia, Merchant of Bagdad

by One Thousand and One Nights
Before Ali Cogia goes on a pilgrimage to Mecca, he hides a thousand pieces of gold in a jar of olives, and leaves it for safekeeping with a neighbour. But after seven years, the neighbour’s curiosity gets the better of him: he finds Ali’s fortune, and steals it. How will Ali be able to retrieve his wealth when he returns? Perhaps the answer lies in the wisdom of a little child... Discover the riches of "The Tale of Ali Cogia, Merchant of Bagdad", the thirty-second of the 34 tales in the classic Arabian Nights collection, translated into English by Andrew Lang.