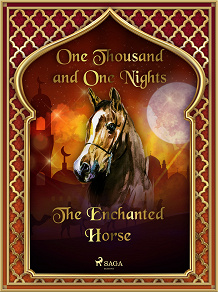 by One Thousand and One Nights
As the people of Persia celebrate the new year, an Indian stranger arrives at the Sultan’s court, riding a wooden horse. More than just a mechanical marvel, this horse has the power of flight, and can carry its rider halfway around the world in a single day. When the Sultan proposes to buy it for his son, though, the stranger agrees to exchange it for one thing: the Sultan’s daughter. Be transported by a tale of magic and love in "The Enchanted Horse", the thirty-third of the 34 tales in the classic Arabian Nights collection, translated into English by Andrew Lang.