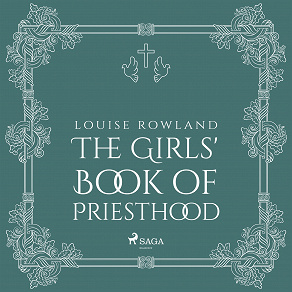 The Girls' Book of Priesthood

This is the most important twelve months of her life. Success would mean becoming a fully-fledged priest a year from now, something she feels profoundly called to do. Failure would not only prove her father right, but also delight all those in the anti camp who consider woman priests an abomination.

Can she convince everyone – herself included - that she’s more than a five foot eight redhead with a PhD and a penchant for Max Factor’s Mulberry Lipfinity?

Meticulously researched, this is the first novel to focus on the challenges facing a young female priest. Published for the anniversary of womens’ ordination in March 2018.

For fans of Joanne Harris and Stacy Halls.

Louise Rowland grew up in Bournemouth and studied English at Cambridge University. She went on to work as a speechwriter, journalist and copywriter - including 11 years in Frankfurt, Paris, Amsterdam and Munich. She has a Masters in Novel Writing from City University, where she won the course prize. She lives in London and has two grown-up daughters. The Girls’ Book of Priesthood is her first novel.
Listen to sample
Log in to borrow