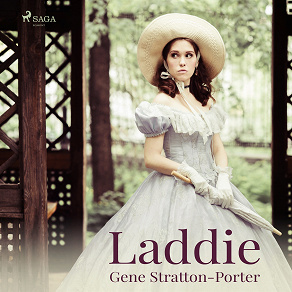 by Gene Stratton-Porter
"Laddie" is Gene Stratton-Porter’s most autobiographical novel, and is titled after her brother, who drowned as a teenager.
It is the story of Pamela Pryor and Laddie Stranton. Whilst she is rich, Laddie is but a poor farm boy. Her father opposes the match, and Pamela tries her best to change his mind.
This classic romance mixes pastoral childhood, beautiful nature, and heartbreak. It was adapted to the silver screen three times: in 1926, 1935, and 1940.

Gene Stratton-Porter (1863-1924) was an American writer, wildlife photographer, naturalist, and one of the first women to form a movie studio and production company. She wrote for several national magazines in the United States, and many of her novels went on to become bestsellers and have been widely translated. She used her position and income to support the conservation of Limberlost Swamp and other wetland areas in the state of Indiana. She is remembered for novels such as "Freckles," "Laddie," and "Michael O’Halloran." Her novel "A Girl of the Limberlost" was adapted four times as a film, most recently in 1990 in a made-for-TV version. Her "The Keeper of the Bees" has also been adapted four times to the silver screen.
Listen to sample
Log in to borrow