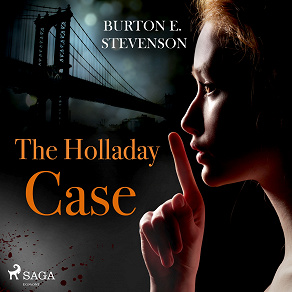 by Burton E. Stevenson
The life of a law clerk at a New York firm is hectic. It can only be made more so by the addition of a murder trial. Alongside his job at Graham & Royce, Lester has a front-row seat to the murder trial of Wall Street multi-millionaire Hiram Holladay. The banker’s loving daughter, Frances, is the prime suspect. This captivating novel details Lester’s experience as he attempts to prove Frances’ innocence. Stevenson’s excellent characters, his thrilling plots, and clever descriptions make this an unmissable introduction to classic mystery for fans of Karen M. McManus’ ‘One of us is lying’.

An American author and librarian, Burton Egbert Stevenson (1872-1962) was born in Chillicothe, Ohio. After studying at Princeton, he fought in the First World War, founded a library in Camp Sherman, and worked at Chillicothe City Library for an impressive 58 years. He also founded the American Library in Paris during his posting as the European director of the Library War Service. Alongside this, he was an author, writing and compiling over 50 books across his lifetime. His children’s books and anthologies being his most well-known.
Listen to sample
Log in to borrow