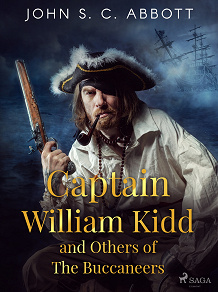 Captain William Kidd and Others of The Buccaneers

by John S. C. Abbott
In this biography, John S. C. Abbott focuses on the infamous Scottish sailor turned pirate Captain William Kid. The book is completed by other buccaneer stories, buccaneers being a term designating privateers or sailors for hire, peculiar to the Caribbean Sea. Pirate life in the 18th century is little like it is commonly represented in movies and novels, and Abbott here helps the reader understand what it was really like, what it meant, and what repercussions the choice of a pirate life could have.

John Stevens Cabot Abbott (1805-1877) was an American writer, pastor and historian from Maine. He was the brother of children’s book author Jacob Abbott. He wrote fiction and biographies, often with a strong focus on Christian ethics. He gained fame for his "The Mother at Home" and "History of Napoleon Bonaparte".