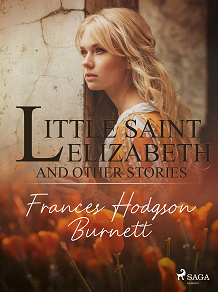 Little Saint Elizabeth and Other Stories

by Frances Hodgson Burnett
Elizabeth grew up in a secluded chateau in France and was raised by her pious Aunt Clotilde. Upon her aunt's death Elizabeth goes to live with her extravagant Uncle Bertrand in New York City.

One day she overhears one of her uncle’s friends talk about his charitable work with the poor and decides to go to the slums to help the needy.

But here she runs into danger.

"Little Saint Elizabeth and Other Stories" is a collection of short stories. "The Story of Prince Fairyfoot" is about a prince whose feet are too small in a monarchy that merits foot size. "The Proud Little Grain of Wheat" is about an arrogant grain of wheat. "Behind the White Brick" is about a girl who imagines exploring a chimney.

Fans of Burnett’s other works like "The Secret Garden" or "Grimms’ Fairy Tales" will enjoy this book.

Frances Eliza Hodgson Burnett (24 November 1849 – 29 October 1924) was an American-English novelist and playwright. She is best known for the three children’s novels "Little Lord Fauntleroy" (published in 1885–1886), "A Little Princess" (1905) and "The Secret Garden" (1911). Born in Cheetham, England, Frances moved with her family to the United States after her father’s death in 1865. Burnett started writing at the age of 19 to help earn money for the family, she gained popularity writing both children’s fiction and romantic novels for adults.