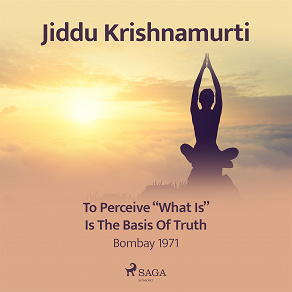 by Jiddu Krishnamurti
Listen to talks from J. Krishnamurti's Mumbai gathering in India, 1971.

• Where there is division there must be conflict. A mind in conflict must inevitably be distorted and therefore it cannot possibly see clearly what is truth.
• We need a total change, a deep revolution, psychological revolution, the inward revolution, without which you cannot possibly create a new society.
• Is it possible to observe, to perceive without the observer?
• How are images formed? Can the image-building come to an end?
• Knowledge is absolutely necessary. Is it possible that knowledge, which the brain has accumulated through centuries, does not interfere with relationships?