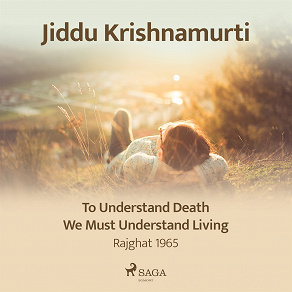 This talk: To Understand Death, We Must Understand Living – 10 December 1965.

• When you really love something, you put your whole heart, mind and body into that.
• Is there a living without pain, anxiety or fear?
• Q: When a man improves, why do other people feel jealous of him?
• Q: How long will it take for national frontiers to disappear?
• Q: When man knows death is necessary, why doesn’t he love it?
• Q: What is the definition of life?
• Q: Sometimes we want to die, commit suicide - why is that?
• Q: It is said that the soul is immortal. Where was it when there was nothing?