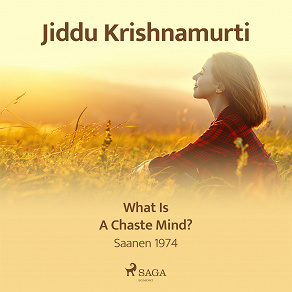 What Is a Chaste Mind?

by Jiddu Krishnamurti
Listen to talks from J. Krishnamurti's Saanen gathering in Switzerland, 1974.

• The word ‘'chaste' means pure, clean, untouched.
• Do we have a chaste mind, a mind that has not been hurt, has no image, is free from the pleasure of yesterday and is innocent?
• Is chastity a quality of the mind?
• Can the mind be free of the word, symbols and the condemnation and approval of the word?
• What is the nature of the mind when there is no attempt through will or desire for any way out through the known?
• If you are really serious, not just with words but burning with responsibility, then you ask whether the mind can ever be free from the known.