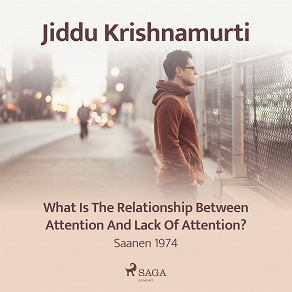 What Is the Relationship Between Attention and Lack of Attention? – Saanen 1974

by Jiddu Krishnamurti
Listen to talks from J. Krishnamurti's Saanen gathering in Switzerland, 1974.

This talk: What Is the Relationship Between Attention and Lack of Attention? – 3 August 1974

• We are educated to follow, accept and conform. This is tradition, second-hand.
• When you become aware of conformity without reaction is that awareness the act of intelligence?
• Does the mind realize the nature of conformity, intelligence and awareness?
• I am attentive for a minute and there is no border, no time, no 'me', no problem. The whole energy is involved in that attention. This is a tremendous movement.
• Attending, I can do things without effort and thought.
• The mind gets tired and moves to inattention. In that state of inattention action goes on and must be conditioning.
• There is attention the moment the mind is aware that it is inattentive.