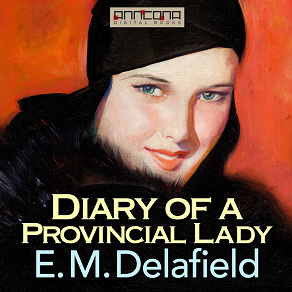 Diary of a Provincial Lady

Diary of a Provincial Lady is a largely autobiographical novel by English author E. M. Delafield. It takes the form of a journal of the life of an upper-middle class Englishwoman living mostly in a Devon village of the 1930s.

This largely autobiographical novel substituted the names of "Robin" and "Vicky" for her own children, Lionel and Rosamund. The book has never been out of print.

Delafield became a director of Time and Tide, a British weekly political and literary review magazine. When the editor 'wanted some light "middles", preferably in serial form, she promised to think of something to submit'. It was thus, in 1930, that her most popular and enduring work Diary of a Provincial Lady was written.