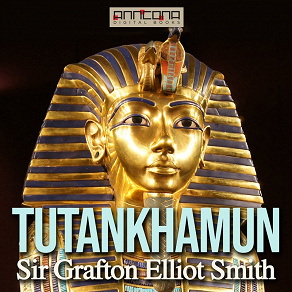 Tutankhamun - The Discovery of His Tomb

Tutankhamun - The Discovery of His Tomb by Sir Grafton Elliot Smith tells the exiting story of the discovery of the tomb of Tutankhamun in Egypt, 1922.

Never before in the history of archaeological inquiry has any event excited such immediate and world-wide interest as Mr. Howard Carter's discovery of Tutankhamun's tomb in November 1922. It gives us a new revelation of the wealth and luxury of Egyptian civilization during its most magnificent period. In beauty and design and perfection of craftsmanship, Tutankhamun's funerary equipment is indeed a new revelation of the ancient Egyptians' artistic feeling and technical skill.

At the time of Tutankhamun, the great peoples that had built up civilization were losing their dominant position. If Egyptian rule had not been weakened at this particular time...the Old Testament would not have been composed in the atmosphere of strife that gives it, its distinctive tone and seems to us today to exalt the importance of warfare and the value of military courage.

The period which is so brilliantly illuminated by the discovery of Tutankhamun's tomb is thus perhaps the most critical period in the whole history of civilization. A new era was dawning and every scrap of information that sheds any light upon the circumstances of this fateful time is of tremendous interest to us in understanding the civilization under which we ourselves are living.

Tutankhamun: and the discovery of his tomb by the late Earl of Carnarvon and Mr. Howard Carter was first published in 1923. AUDIO book: Reading by Steven Seitel, running time 2 hours and 15 min.

Sir Grafton Elliot Smith, (1871–1937) was an Australian-British anatomist and Egyptologist. He believed in the idea that cultural innovations occur only once and that they spread geographically. An expert on brain anatomy, he was the first to study Egyptian mummies using radiological techniques.